Not Enough Ratings
Get It Free

2048 is an addictive puzzle game based on simple addition. The objective of the game is to slide numbered tiles on a grid to combine them to create a tile with the number 2048. The game starts with two tiles of 2 random positions on the board and continues to add new tiles of 2 or 4 on random tiles after every move. If two tiles of the same number collide while moving, they will merge into a tile with the total value of the two tiles that collided. The numbered tiles slide when you rotate the side of the cube with the direction of the matching tiles. Every turn, a new tile randomly appears in an empty spot on the board with a value of either 2 or 4. The game is won when a tile with a value of 2048 appears on the board, hence the name of the game. The story of the game invention: 2048 is a single-player sliding tile puzzle video game written by Italian web developer Gabriele Cirulli and published on GitHub. Nineteen-year-old Gabriele Cirulli created the game in a single weekend as a test to see if he could program a game from scratch. It was based on the iOS game Threes, with Cirulli describing it as being "conceptually similar" to Threes. Cirulli was surprised when his game received over 4 million visitors in less than a week, especially since it was just a weekend project. Now you can enjoy the favorite 2048 on the WOWCube® Entertainment System. 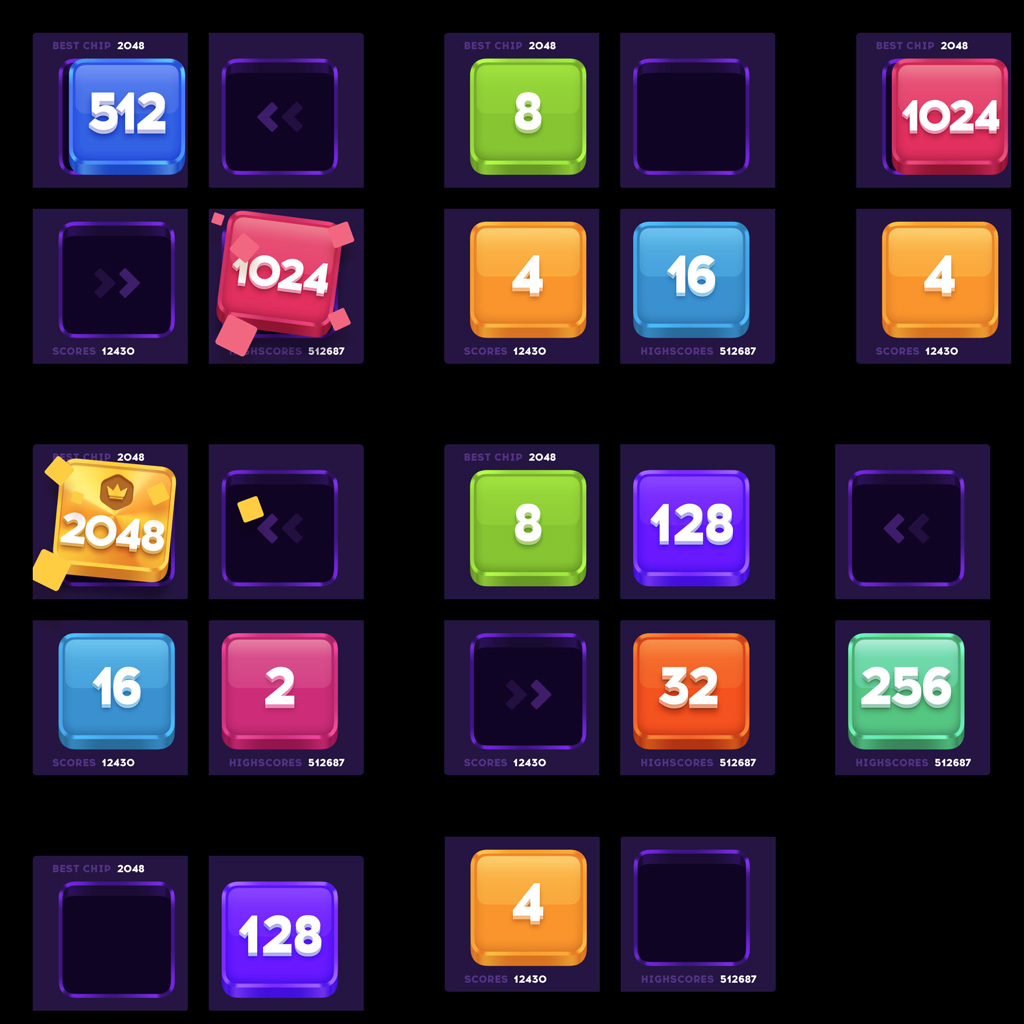 Twist the faces of the cube. Numbers will move in the rotation direction. A new tile will appear after each turn. The game ends when your board is completely filled with numbers and you don't have any move left. The game is won when a tile with a value of 2048 appears on the board, hence the name of the game.

Do a good turn

Bring the ball into play